The Florida Keys are a cluster of about 1700 islands in the southeast United States. They begin at the southeastern tip of the Florida peninsula, about 15 miles (24 km) south of Miami, and extend in a gentle arc south-southwest and then westward to Key West, the westernmost of the inhabited islands, and on to the uninhabited Dry Tortugas. The islands lie along the Florida Straits, dividing the Atlantic Ocean to the east from the Gulf of Mexico to the west, and defining one edge of Florida Bay. At the nearest point, the southern tip of Key West is just 94 miles (151 km) from Cuba. The Florida Keys are between about 23.5 and 25.5 degrees North latitude, in the subtropics. The climate of the Keys however, is defined as tropical according to Köppen climate classification. More than 95 percent of the land area lies in Monroe County, but a small portion extends northeast into Miami-Dade County, primarily in the city of Islandia, Florida. The total land area is 137.3 square miles (356 km2). As of the 2000 census the population was 79,535, with an average density of 579.27 per square mile (223.66 /km2), although much of the population is concentrated in a few areas of much higher density, such as the city of Key West, which has 32% of the entire population of the Keys

Key Largo is a census-designated place in Monroe County, Florida, United States, located on the island of Key Largo in the upper Florida Keys. The population was 11,886 at the 2000 census. The name comes from the Spanish Cayo Largo, or "long key". It is the first island of the Florida Keys and the originating point of the Overseas Highway to Key West.

Islamorada, a "Village of Islands," is an incorporated village in Monroe County, Florida, United States. It is located on the islands of Tea Table Key, Lower Matecumbe Key, Upper Matecumbe Key, Windley Key and Plantation Key in the Florida Keys. The village was incorporated on November 4, 1997. Prior to this date, Islamorada was only considered to be on the island of Upper Matecumbe Key. As of the 2000 census, the village had a total population of 6,846. As of 2007, the population recorded by the U.S. Census Bureau is 6,386.The name Islamorada, meaning "purple island", came from early Spanish explorers in the area. Its pronunciation has been Anglicized to aisle-a-more-AH-dah. Islamorada was hit almost directly by the Labor Day Hurricane of 1935, causing 423 deaths. A memorial, including the ashes of over 300 victims, exists today at Overseas Highway mile marker 82.

Marathon is a city on Knight's Key, Boot Key, Key Vaca, Fat Deer Key, Long Point Key, Crawl Key and Grassy Key islands in the middle Florida Keys, in Monroe County, Florida, in the United States. As of the 2000 census, the city had a total population of 10,255. As of 2005, the population recorded by the U.S. Census Bureau is 10,626.

Big Pine Key is a census-designated place and unincorporated community in Monroe County, Florida, on an island of the same name in the Florida Keys. As of the 2000 census, the town had a total population of 5,032.

Key West is a city in Monroe County, Florida, United States. The city encompasses the island of Key West, the part of Stock Island north of U.S. 1 (the Overseas Highway) (east), Sigsbee Park (north, originally known as Dredgers Key), Fleming Key (north), and Sunset Key (west, originally known as Tank Island). Both Fleming Key and Sigsbee Park are part of Naval Air Station Key West and are inaccessible by civilians. Key West is the county seat of Monroe County. Key West is known as the southernmost city in the Continental United States. It is also the southern terminus of U.S. 1, State Road A1A, the East Coast Greenway and before 1935, the Florida East Coast Railway.

Key West is a seaport destination for many passenger cruise ships. The Key West International Airport provides airline service. Hotels and guest houses are available for lodging. Naval Air Station Key West is an important year round training site for naval aviation due to the superb weather conditions. It is also a reason the city was chosen as the Winter White House of President Harry S. Truman. The central business district primarily comprises Duval Street, and includes much of the northwest corner of the island along Whitehead, Simonton, Front, Greene, Caroline, and Eaton Streets and Truman Avenue. The official city motto is "One Human Family." 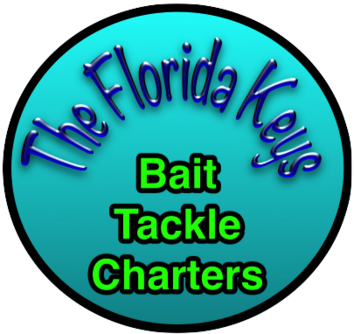